Laying claim to a host of awards, including first place in the Virtual Re-start Fashion Competition, Phoebe Ratcliff-Reid credits the Christchurch Rudolf Steiner School (CRSS) for fostering her creativity and helping her to believe in herself.

“For me, the Steiner school felt like a really wholesome environment – it’s quite unique to go to a school where you know and interact with almost everyone there.  Artistic and creative pursuits were celebrated and encouraged and that really helped me to build my confidence in my own abilities.  Ultimately, that has led me to where I am now,” says Phoebe.

A graduate of both the Certificate and Diploma in Fashion Technology at CPIT, Phoebe took home the Highest Achiever Award three years running.

“The teaching style at CRSS is based more on a foundation of mutual respect between the student and teacher and this felt similar to study in a tertiary environment.  I had built strong relationships with all my teachers at school and I think their style of teaching had taught me how to freely communicate with my tutors at CPIT.”

Early in 2013, Phoebe was selected by the Ministry of Foreign Affairs and Trade as one of ten NZ students chosen to participate in a fashion competition in Malaysia as part of New Zealand Week.  Working in collaboration with a Malaysian fashion design student, Phoebe’s collection was awarded first prize.

“For the Virtual Re-Start Fashion competition, my Malaysian design partner Kathryn and I chose to base our collection on the positive elements of the earthquakes such as the creative Gap Filler projects but contrasted this with the nostalgic tone inspired by Christchurch memorials such as the white chairs.  Working initially via Skype and email and carrying out our design and construction work separately, I then flew to Malaysia to work with Kathryn in person. 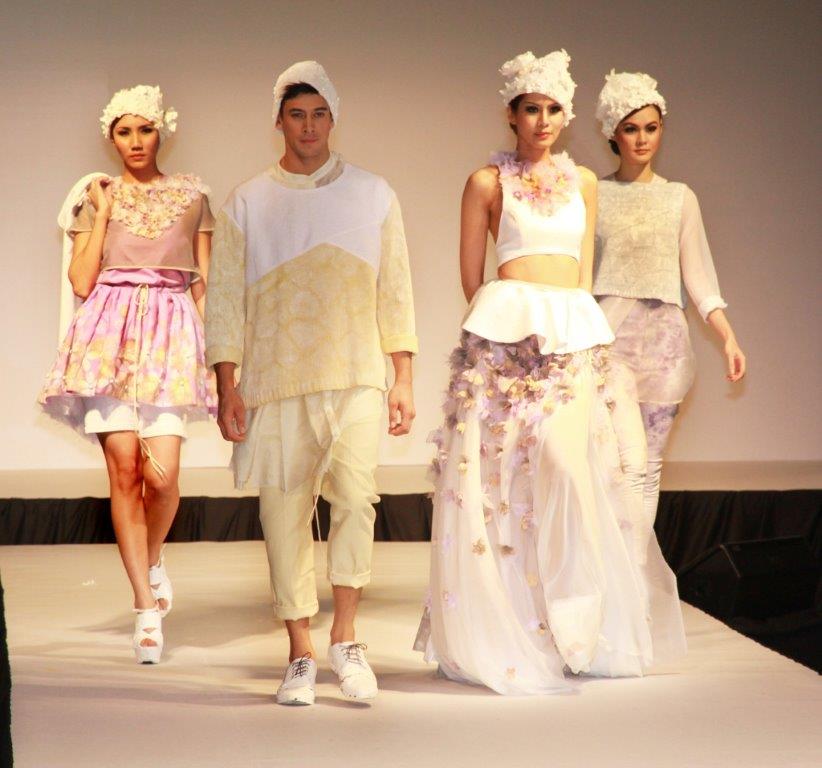 Our collection used white as a base with yellow, purple and grey highlights.  It was important for us to contrast hard with soft – inspired by post-quake motifs like the daisies growing in the cracks in concrete.  We spent many hours hand-painting and embellishing fabric flowers onto the garments before we presented our collection at the New Zealand Week opening event.  There it was judged by international designers, including New Zealand’s own Kathryn Wilson, and we were both thrilled and surprised to win first prize!  It is the ultimate feeling to have your designs recognised by distinguished industry professionals and to be able to share that with someone who enhances your own perspective as a designer is even better.”

After catching up on some well-deserved rest and relaxation, Phoebe is focused on moving her career forward in the world of fashion.

“While my goal is to one day start my own label, I want to spend some time in the industry first to gain more experience and build contacts.  I also hope to start up a very small online shopping space where I can sell some of my garments, such as jeans and bow ties and printed knitwear – basic items, but the beginnings of my own brand.”

Phoebe Ratcliff-Reid
Back to Alumni
Scroll To Top